Art in the Capital

I went with one of my sisters to visit both The National Gallery of Australia and The National Portrait Gallery yesterday arvo. The NGA was absolutely packed. It seems that the Masterpieces from Paris Exhibition is drawing quite a crowd. But we were there for another reason.

The NGA has been undergoing major renovations. As new sections are starting to open up, the collection has been shifting, literally. The famous Sidney Nolan Ned Kelly series has now moved downstairs into a purpose-built gallery that I was keen to check out. 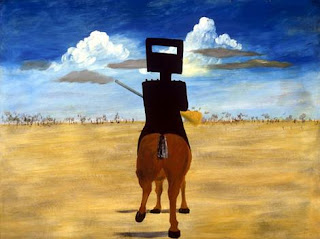 I was also keen to see an exhibition of indigenous art which included a spectacular piece by my favourite aritist, Tommy Watson, who currently holds the record for the highest price ever paid for a painting by a living indigenous artist at auction (damn I wish I bought one of his paintings when they were affordable...got a spare $240,000 anybody?). This image of the painting doesn't really do it justice. In real life, the dots in the painting creates an optical illusion that causes them to pulse on the canvas. 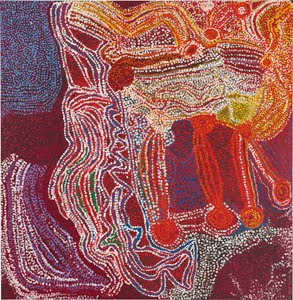 After the NGA, we wandered over, past the High Court, to the newest public institution to open in Canberra, The National Portrait Gallery. 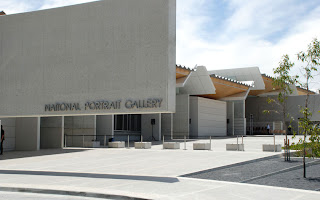 There, we saw portraits of many famous Australians (often, themselves, painted by famous Australians). Some of these portraits were actually donated by the actual people who appear in the paintings. I wonder what motivates someone to donate a picture of themselves to the national collection? Is it a selfless act of philantropy? Ego perhaps? Or maybe because the person who commissioned the painting couldn't stand having the picture hung up at home?

Which reminds me of a portrait by Mexican artist Freda Kahlo. The painting came about following a conversation between Kahlo and a woman named Claire Booth Luce who thought it would be nice to have a portrait painted of her friend, Dorothy Hale, who committed suicide. Luce had planned to give the painting to Hale's 'poor mother'. Imagine, then, Luce's surprise, when this arrived in the mail: 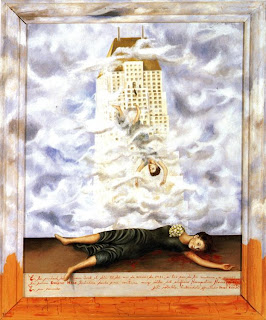 The painting now resides in the Phoenix Art Museum.
Posted by Adaptive Radiation at 6:31 AM