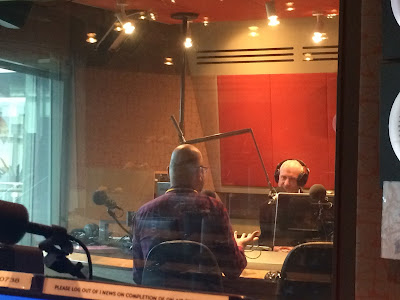 I was up first. Before the interview, I got a chance to tell him how much I had loved that series and the influence it had on me....I was more than a little star struck.
Posted by Adaptive Radiation at 9:11 AM

For the Science Show?

Yes it is. I don't listen to radio but I've heard his programme is excellent. I believe he even celebrated a 40 year milestone this year.

Not sure when it will be broadcast Victor but I'll let you know when I find out.

Do you know the broadcast date yet?