Nathan and I went to a friend's art exhibition opening the other night. It's our friend's first exhibition and he was very excited. There were several other artists exhibiting in the one venue (each in a different room) so the place was packed with people. The different exhibitions varied in quality, as did the quality of the rooms in which the art were exhibited. Our friend ended up in a room with black walls (which he didn't know about until he went to hang his works). He wasn't too sure about the wall colour but I think it showed off his paintings superbly. 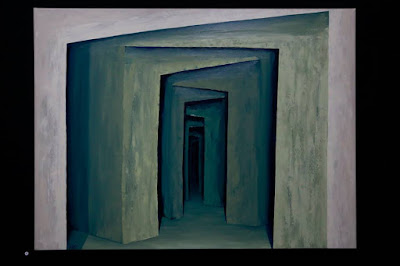 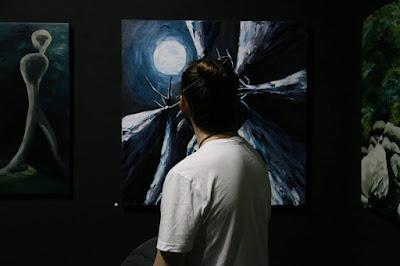 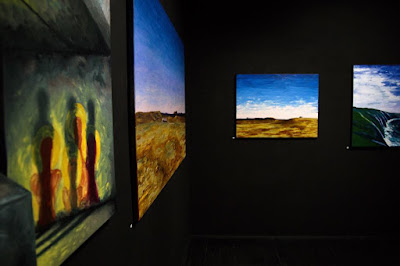 I had time to wander around to check out the other artists' works. There was some stuff I really liked and there were some things that weren't really to my taste. Overall, there weren't a lot of red stickers next to the works, suggesting that there wasn't a lot of buying going on.  I guess opening nights are mostly for the benefit of friends and supporters of the artist (and random people walking in off the street for the wine and the cheese).

I heard later that our friend sold several of his paintings in the days after the opening. Haven't spoken to him yet but I know he (and his wife) would be thrilled.
Posted by Adaptive Radiation at 7:43 AM