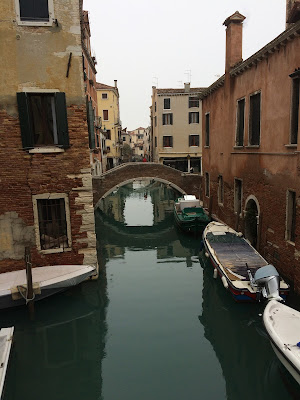 I'm getting ready for my return flight back to Melbourne. I've had a terrific time in Europe (though it feels like I've been away for ages).

I thought I'd post some snaps from my trip.

Unsurprisingly, given the all the water, seafood is a speciality in Venice and surrounding. 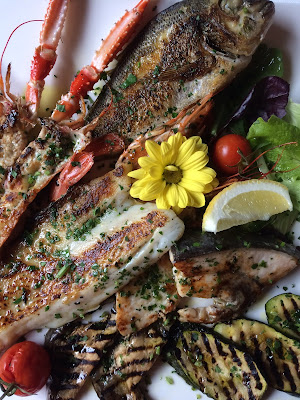 Of course I had to have pizza... 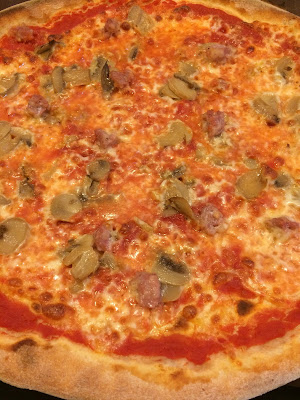 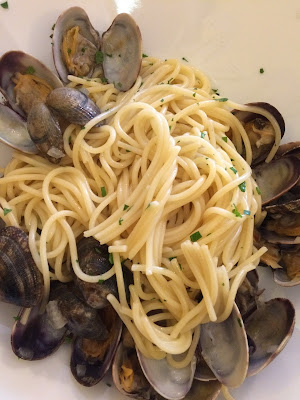 After Venice, I had made plans to visit my friend in Berlin. The weather was generally crappy for most of my trip to Europe (though not as bad as the week before my arrival) but I did manage to get a few hours in Berlin with blue sky and sunshine. 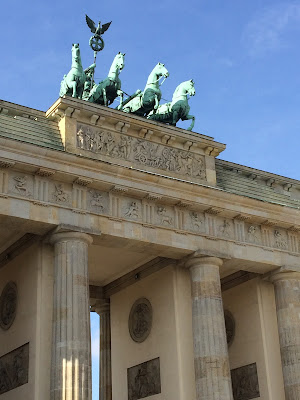 One of my most favourite places to visit is the food hall at the up market department store KaDeWe. The food hall is stocked with all kinds of weird and wonderful produce form all around the world (including emu eggs!!).

I remember seeing bright red carabinero prawns during my last visit to the food hall two years ago. These delicacies come from the deep sea off the coast of Spain. I was excited to find out that customers can buy the seafood from the counter and a chef will then cook it up for a small fee. 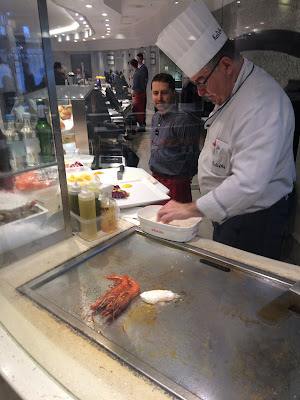 Naturally, I got me some of those carabineros (I only had two because they were almost 100 euros a kilo). I also had some monkfish. 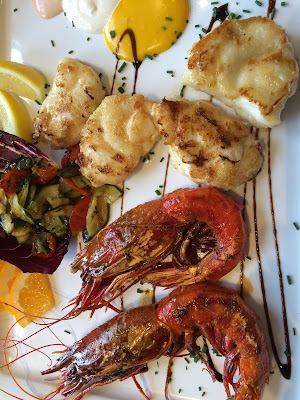 This is what a monkfish head looks like (basically, it's all teeth). Not the prettiest fish but boy was it tasty. 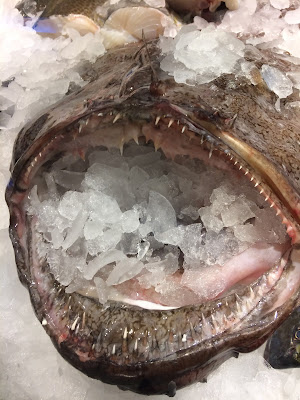 We wandered around the food hall afterwards and my friend invited on showing the sausage counter. Germans love their sausages. 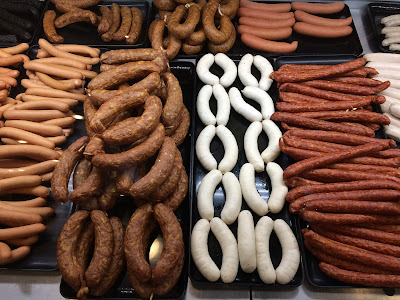 Posted by Adaptive Radiation at 3:37 PM

I can't get over the emu eggs. I never seen them for sale here.

Anyway, c'mon, you only left Australia a few days ago.

An emu egg would make one hell of an omelette.

Ten days seemed like a long time on this occasion. I think it was because I moved around so much. Definitely ready to come home.