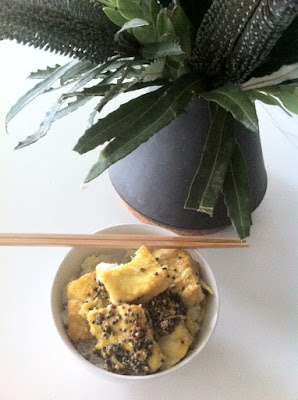 My colleague from Finland took over the lease from an Indian family in Carnegie last August when he came to Australia for work. The Indians left a bunch of stuff behind, including a pantry full of spices (many of which were unfamiliar to us).

A few weeks ago, my colleague returned to Finland, but not before inviting a bunch of us to his place for pizza. He needed to clear out all the things in the apartment so I took some of the spices (after getting some help identifying them from an Indian PhD student who also came for pizza).

I ended up cooking a delicious fish dish on the weekend with some of the spices (mustard seeds, coriander seed and tumeric). It was delicious.
Posted by Adaptive Radiation at 6:30 AM

Thanks John...I love your dogs!