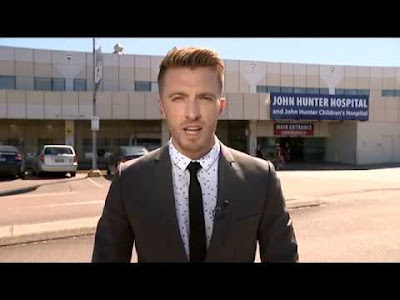 Watching the ABC news in the last few months, its been great to see the national broadcaster embracing greater diversity in front of the cameras. Of course, SBS has been leading the charge for some years now. Commercial TV still has a long way to go though.
Posted by Adaptive Radiation at 6:00 AM

I noticed this journalist on television for the first time during the week and to my shame was slightly surprised. I don't know whether it is the holiday period and the ABC is digging deeper into its staffing for holiday relief or that Aunty is seriously diversifying but there have been all manner of new faces and voices on screen in recent days.

I first noticed him about a year ago and I wondered how he would be perceived as he became better known. It's worth following him on Instagram.

Victor: He seems to have been at the ABC for several years now.
Andrew: Instagram set to private ;-(