Visits to the GP

Typical...only days before the trip and I've had to go to the doctors, not once, but twice this week!!

My heart has been beating irregularly for the last fortnight. Blood results reveal high cholestrol. My blood pressure is also high (but only at the doctor's office). The doctor has increased my meds and told me to lose weight and do more exercise (surprise, surprise).

I decided to get back onto a healthy eating plan right away, which is a real bitch given my recent discovery of the Laksa King and that chinese restaurant near the Vic markets that does a mean braised pork knuckle. I guess roast duck is out too (at least, for a while). I decided to go sushi yesterday at work. Big mistake...Food poisoning.

I reckon Finland will be good for me...plenty of fresh air, fish and berries. I've been advised to stay clear of the sauna though...extreme temperature changes, the sight of naked men, and a recalcitrant heart are a recipe for disaster.
Posted by Adaptive Radiation at 3:53 PM 4 comments: 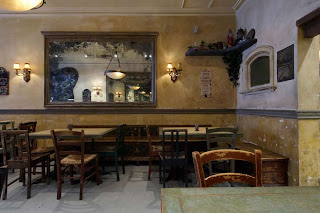 ...started with a hearty bowl of sauerkraut and smoked meat stew at Borsch, Vodka and Tears.

After lunch, my companions and I were joined by Nathan who, by then, had finished work and we headed off to a special exhibition preview at one of my favourite galleries near Windsor station.

The gallery owner had insisted that Nathan and I come to preview the paintings before the show's opening when she found out we were going to miss the actual exhibition because of our overseas trip. The gallerist promised to open up a bottle of red from the artist's family estate (which, I think, was the main reason why Nathan and my other companions had initially agreed to come along). We were joined by a couple of the gallerist's other clients: a dentist, his wife and their two young kids.

We spent the afternoon looking at beautiful paintings, sipping wine (being a non-drinker I agreed to have a very tiny little bit), feeding cheese sticks to the gallerist's dog, and having a jolly good time.
Posted by Adaptive Radiation at 10:53 AM No comments:

Just one more week to go before Nathan and I head over to Europe. It's a work visit for me and a holiday (of sorts) for Nathan (he will be coming along as my 'research assistant').

This will be our 'office' whilst we are away from home: 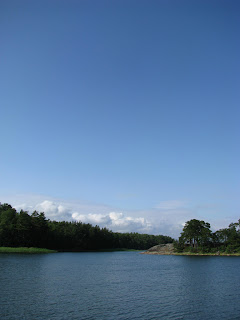 I will be doing research on these: 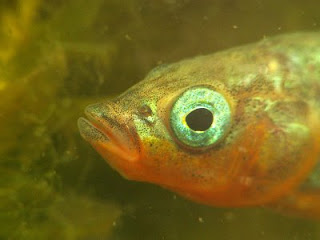 I will try not to work too hard so I can leave plenty of time to go into the forest to look for these: 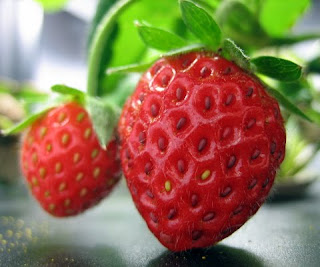 I plan on eating plenty of this at Restaurant Origo (mmmm...seafood buffet): 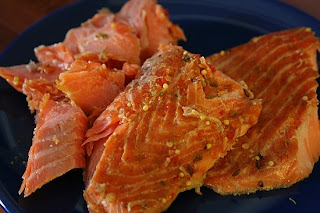 And before we come back to Oz, I will likely buy a piece of nordic design such as this: 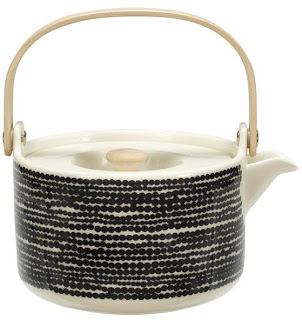 Posted by Adaptive Radiation at 5:38 AM 3 comments: 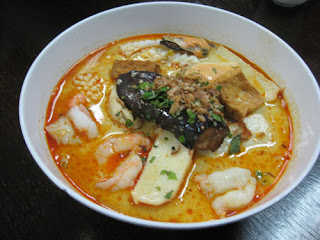 ...is the perfect antidote for days that are wet and cold (which is pretty much everyday here in Melbourne during winter).

When I was a kid, my favourite laksa was from a singaporean all-you-can-eat buffet restaurant in Canberra which was owned and operated by an old tyrant of a woman who use to tell me not to eat so much. She eventually closed her restaurant and went back to Singapore and it wasn't until the early 2000s until I discovered a satisfactory substitute in the Dickson Asian noodle house (DANH). DANH was one of those places that uni students would go for their laksa fix. It was cheap and tasty but every fifth bowl would invariably result in some form of mild food poisoning.

Since coming to Melbourne, my desire for laksa had not been fully satisfied....until now. A good food buddy introduced me to the earthly delights of the Laksa King near the Newmarket Railway Station the other night. Oh my God. If this was not the best laksa place on Earth then it must be a close second. The broth is so good I swear it must contain some sort of narcotic. The seafood, too, was cooked to perfection (scallops, prawns and squid were tender and juicy). But the real star was the chunk of fried melt-in-your-mouth eggplant that accompanied every bowl (see photo), an unusual ingredient for laksa but boy does it work.

I think I am hooked... after eating there on Friday, I went there again last night (using the excuse that I had to bring a friend there before he flew back to Europe later that evening). And before the bill was even paid, I was already contemplating my third visit.
Posted by Adaptive Radiation at 7:03 AM 2 comments:

The man on the bus

There were only six of us on the bus (including the driver). So, with plenty of seats, I don't quite understand why this guy had to sit right next to me. He was sitting so close, it was almost a snuggle. This was a clear breach of personal space.
Posted by Adaptive Radiation at 9:08 PM 2 comments:

A night out in the burbs

Sarah, our friend, celebrated her 30th last night at a greek restaurant out in Werribee. There is a provincial chinese saying to describe places like Werribee..."a place where even rabbits won't go to shit." The dinner was fine but I think I'm a bit over greek food (this was the third greek meal in two weeks).

After dinner, Nate and I caught the train back to Southern Cross Station and this is when things started to get interesting. I had heard that the Werribee train line was potentially dodgy but it was still quite early in the evening so we thought nothing of taking the train.

We got onto the last carriage and Nate immediately noticed a group of teenagers horsing around and generally being loud and obnoxious in the next carriage. When the train pulled up at one of the stations, an asian guy got on and immediately took offence to the teenagers and it was apparent (even though we couldn't hear anything from our carriage) that the conversation got pretty heated.

The teenagers retreated to our carriage and were becoming increasingly aggitated, pacing back and forth, swearing and kicking things (one even smashed an empty soft drink can repeatedly over his head). Disturbingly, they were also planning to return to their carriage and bash the asian guy. A lot of it was puff but seeing as we were seated closest to the door to the next carriage, I must admit I was getting a little scared.

... gunpowder tea (I'm bringing out the full arsenal to help counter this cold). The dried tea leaves look like gun powder pellets, hence the name. I like the way the tiny rolled leaves unfurl when they are immersed.
Posted by Adaptive Radiation at 7:45 AM 3 comments:

The week that was

Wow, what a week it's been. One of my sisters got married on Sunday. It was one of those big chinese weddings with a reception that included sumptious dishes with auspicious names like 'heavenly quail' (which, by the way, really was quite heavenly).

The actual wedding day was terrific; I've never seen my sister so happy (which is the way it should be). When she was walking towards the alter at the church she had the biggest beaming smile (which reminded me of Muriel's wedding in Muriel's wedding). Both she and my brother-in-law gave fantastic speeches (in three languages) which had me bawling my eyes out (which was quite unexpected for me and made Nathan laugh). Everything went well on the day.

The lead up to Sunday, on the other hand, was very stressful and hectic. We had a wedding rehearsal at the Church on Friday (where, as an aside, I randomly bumped into one of my old maths teacher from Canberra whom, I think, is now a priest!).

On Saturday, the rest of the family and I were running around like headless chooks. There was food to organise for the Saturday evening pre-wedding dinner (which included a delicious suckling pig), constant drives back and forth to pick up visitors from the airport, and an unexpected dash to the dog sitter's (because the old family shi tsu was stressing out living with white people and was missing the excessive pampering to which he was normally accustomed).

Anyhow...I had decided to take another week off this week and just chill out. In the aftermath, I've managed to catch a head cold so it's just as well. Plenty of hot tea for me and relaxing visits to art galleries. Am also meeting up with a friend from Europe who just missed out on being selected by the European Union to become an astronaut (but that's another story for another time).
Posted by Adaptive Radiation at 8:32 AM No comments: