The intersection near my apartment is an accident hotspot. Cars often venture too far forward onto the tram tracks when there is a red light or drivers get confused and drive forward when they shouldn't. As a result, the sound of cars smashing into each other or into trams is becoming all too familiar. It just happened again. A ute has slammed into a moving tram. The tram passengers have all alighted and are walking away. The tram driver looks flabbergasted.
Posted by Adaptive Radiation at 2:39 PM 2 comments:

I was speaking on the phone with mum on Tuesday night and she mentioned that dad has gone deaf in his right ear. He simply woke up on Monday morning and couldn't hear anymore. They were planning to see the GP on Thursday since they already had an appointment for something else. My folks didn't seem very concerned. In fact, dad was downstairs in the kitchen preparing food. Hmmm....I told her I'd look into it.

I went online and found some credible medical websites about sudden hearing loss. And what I read didn't sound good.

I called mum back and told her to take him to the hospital. They did some tests and put him on steroids and it's now a waiting game to see if the hearing will recover. Apparently he is now totally deaf in the right ear and if the hearing doesn't recover, he'll have to get a hearing aid.
Posted by Adaptive Radiation at 7:42 AM 2 comments:

...with the little ones. 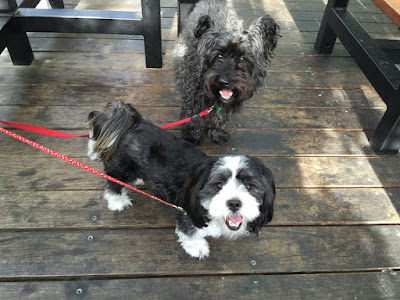 Holy crap. My last post was on 1 January and it's now already the middle of the month. Bad blogger.

Hmmm...what has happened in the last couple of weeks?

Nathan, Truffles and I drove back from Canberra on 3 January and were caught out in a big storm near Shepparton. The rain and hail pelted down so hard–and the visibility was so bad–that quite a few cars (including ours) decided to pull over to the side of the road to wait things out. The weather eventually eased up enough for us to resume our trip and we were back in Melbourne by the afternoon. Then, it was pretty much back to work the next day. Big mistake.

January at work really sucks. No one is around and I came down with a case of the post holiday blues. So...having spent no more than two days back at work, I decided to take a couple of days off (God knows I have more than enough accumulated leave) and just chilled out at home.

This week I was back in the office feeling much more 'work ready'.

We also have a house visitor this week. Nathan and I are looking after his friend's daughter's pet lhasa apso...a small fluffy thing called Marley. She's been the perfect house guest so far. She is quiet, shits and pisses in the designated areas, eats whatever she is given (and seems to appreciate it too), doesn't make much noise, and sleeps under the bed. Truffles seems to enjoy the company. I must say though, at times this week, with furry animals following me around everywhere (i.e. Truffles, Marley and Nathan), its felt a bit like this in the loft... 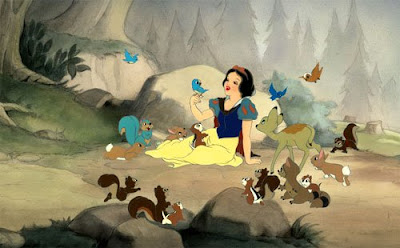 Posted by Adaptive Radiation at 6:20 AM No comments:

Nathan and Truffles surprised us all yesterday by rocking up at 7am in the morning...they decided to drive overnight to get to Canberra.

Today we took Truffs to Yarralumla to the dog park for a run before heading over to the National Gallery for a drink in their outdoor cafe. 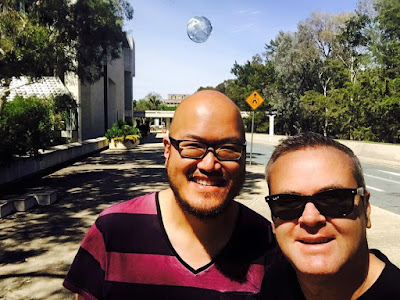 We then took Truffs for a wander around the outdoor sculptures. She quite enjoyed the artworks. 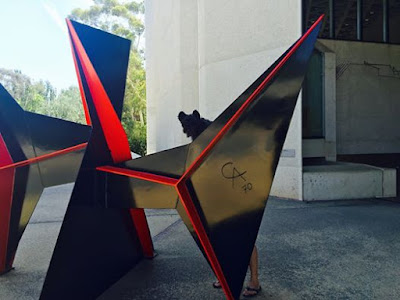 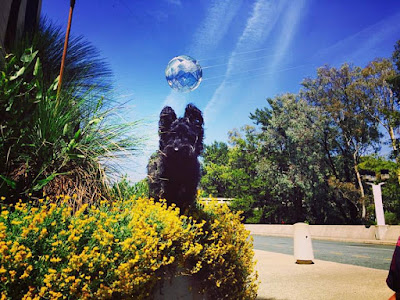