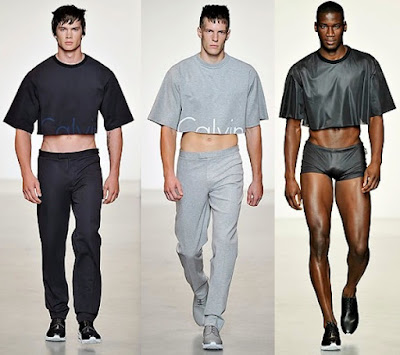 I was sitting in a cafe and a man walked past. The first thing I noticed was his very smart blazer. But then I saw a belly button. Yes, the man was wearing a crop top under his blazer. I hope it's not a new nordic trend.
Posted by Adaptive Radiation at 6:00 AM 4 comments:

I arrived in Finland a couple of days ago. The flights over were fine. Of course, I had grand plans to work on the plane but that never happened. Instead, I watched a few movies and even managed to get some sleep.

The flight from Hong Kong to Helsinki was on an A350. It was the first time I had flown on one of those but I had read quite a bit about the plane's features, including lower cabin pressure, reduced noise levels etc. The only thing that stuck out for me though was the fancy overhead lighting, which Finnair was quite keen to show off with a northern lights 'simulation' as we were approaching Helsinki airport.

The normally super time efficient passage through the Helsinki-Vantaa airport was less efficient on this occasion thanks to a slow moving queue at passport control caused by a lady travelling on her own with seven unruly kids. I can't even imagine travelling with one child, let alone seven.

The airport now has a train connection to the city but old habits die hard and I ended up taking the bus.

Then it was off to meet my colleague at a nearby cafe for a smoked salmon breakfast.
Posted by Adaptive Radiation at 2:56 PM 2 comments:

I'm heading to Finland next Monday. I will be gone for a month. It will be a work trip.

I got travel clearance from the cardiologist several weeks ago (and I'm hoping I will still be ok to go, despite the persistent heart issues).

I reckon the trip will actually be good for my health. I'll be out of the office, working on the shores of the Baltic Sea away from the frenetic pace of city life.

Let's see.
Posted by Adaptive Radiation at 6:00 AM 2 comments:

I went to the chemist this afternoon to get some prescriptions filled and was standing in line to pay.

There was quite a bit of commotion with the elderly European couple already at the cash register. The gentleman was getting quite worked up and was shouting at the cashier. Meanwhile, the queue was getting longer. The dispute was over 95 cents (for haemorrhoid cream), which the man was refusing to pay.

I was just about to pull out a dollar coin when the guy's wife intervened and made her husband hand over the money. I guess she's the boss.

Meanwhile, Nathan was across the street getting a hair cut, which I later found out cost $85.
Posted by Adaptive Radiation at 4:15 PM 2 comments: 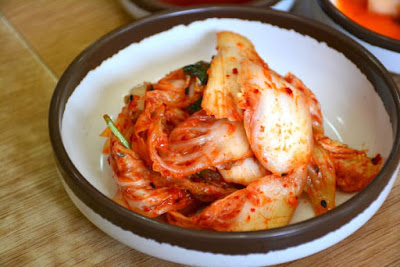 I went out for dinner with some friends the other night. It was one of those swanky Asian places targeted at Westerners. You know the type: trendy, fancy, and expensive.

We asked the waiter if she had any recommendations.

She rattled off the obvious dishes that had already caught my eye (pork belly, beef ribs).

Then, after going through the list of her favourite dishes, the waitress dished out a stern warning.

I was rather taken back by her directness....and we heeded her advice.

PS. Both the pork belly and beef ribs were great.
Posted by Adaptive Radiation at 7:00 AM 2 comments:

As a native English speaker, I take many things for granted that can be a source of puzzlement and frustration for my non-native English-speaking friends and colleagues.

This week, a conversation I was having with a colleague got me looking into something that I subsequently found out is known in linguistics as an "irreversible binomial", or "Siamese twin."

These are word pairings that appear in an irreversible fixed order. Examples include "salt and pepper", "ladies and gentleman", and "rock and roll". Flipping the order of these nouns would just be weird. The problem was I couldn't quite explain why we order them they way we do. Something just are the way they are, and I promptly directed my colleague to the wikipedia page on the topic.

The specialist says my heart should really be settling about now. Unfortunately, it is not. I'll be seeing him in a few weeks time so will figure out where to from here. It's quite possible I may need to repeat the heart procedure (ablation). Encouragingly, the success rate is much higher after a repeat ablation.

I'm trying to get back to a normal routine. I just need to know my limits. I'm no longer able to run to catch a train or tram for bus and resolve to just waiting for the next one. I've got an overseas work trip planned later this month. I asked my boss to fly me business class (there is always a silver lining).
Posted by Adaptive Radiation at 11:15 AM 2 comments: