The worm in the soy sauce 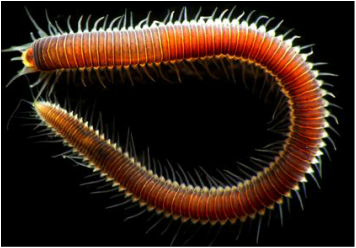 People have an unfair aversion to worms. Sure, some are parasites and we should be concerned but many are relatively innocuous...like the one I found on my plate while enjoying a buffet dinner at Marina Bay Sands in Singapore.

I think the worm, which was still very much alive and trashing about in a pool of soy sauce, had hitchhiked on some freshly shucked oysters.  I'm not sure what species it was but I could tell it was a polychaete (a group of marine worms), based on the bristles (see above example from the web).

I told my hosts and they were absolutely mortified. I tried to assure them that it was fine and I'll just flick it aside but they insisted on calling over the waiter who promptly took my plate away (along with the oysters and sashimi, which I was still very happy to eat).

A very worried manager then emerged. My hosts were explaining to the manager how gross it was to see a live worm and that they were embarrassed because I had come all the way from Australia. The manager was apologetic and offered me a drink on the house. I told him it was not a big deal and that the offer of the drink, whilst very kind, was unnecessary. In hindsight, I should have just kept my mouth shut – like the time I found a parasitic isopod in the gill of my grilled flounder at a seafood restaurant in Melbourne.
Posted by Adaptive Radiation at 7:58 AM 3 comments: 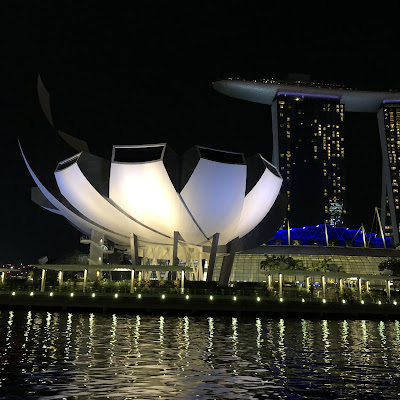 Nathan and I had a fantastic time in Singapore.


A highlight of the trip (or any trip, for that matter) was sampling the local cuisine.

We went to a few fancy places, including a fantastic buffet at the fancy Marina Bay Sands and chilli mud crab from the famous Jumbo Seafood restaurant. 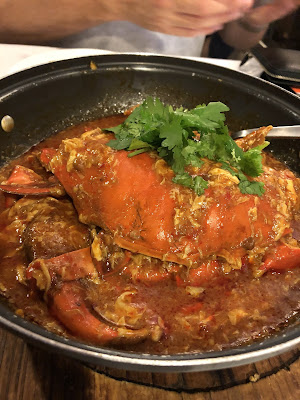 However, some of the best dishes we ate were from the many hawker centres (food courts) around the island, where we ate everything from kway chap (stewed pork belly and pig intestines with rice noodles) to a Michelin awarded Hokkien mee (stir fried noodles). Typically, the Hawker Centre food prices ranged from $3-$5 so the meals were super cheap too.

Of course, I also went for durian. I finally got to sample the so called Musang King, which is a very popular durian variety in south-east Asia. For me, though, it was bit too bitter and I actually prefer the less expensive, sweeter varieties that are available in Australia. 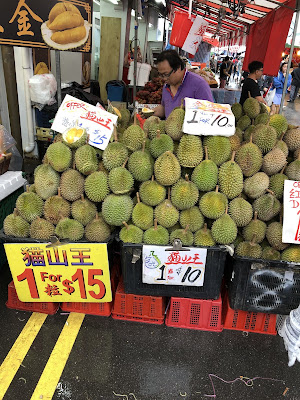 Posted by Adaptive Radiation at 7:26 AM 2 comments:

I've been on leave since before Christmas and I think this is the most relaxed I've been since starting my job in 2006.

Quite a few stars have been aligned to get to this point. First, I don't have to apply for a research grant this year. The grants are typically due in February and, hence, January tends to be a busy time for academics.

Second, I have accumulated too much annual leave so I need to take it or lose it.

Third, I got promoted to full Professor so I figured I deserved to treat myself to a break.

Nathan and I are off to Singapore today for a week. Should be fun.