Bought a marble statue last week. It smashed into three pieces on the weekend (a combination of uneven carpeting and slight breeze from an open window). Managed to piece it back together with superglue. I now have it sitting on the kitchen bench top. Hopefully it's more stable there.

When it comes to smashing works of art, it seems I am in good company. Here are my top three:

1. 17th century chinese porcelain vase smashed at the Fitzwilliam museum in Cambridge by a museum visitor when he tripped on his shoelace. 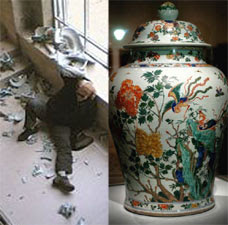 2. The National Gallery of Australia's 1500 BCE ambum stone damaged as a result of a fall. 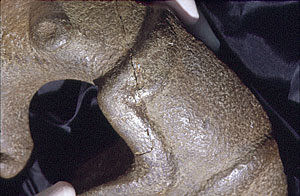 3. Casino mogul Steve Wynn pokes hole in the canvas of his Picasso painting with his elbow. He had paid $48.4 million for the painting at auction. 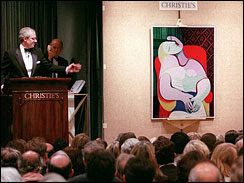 Posted by Adaptive Radiation at 7:37 AM