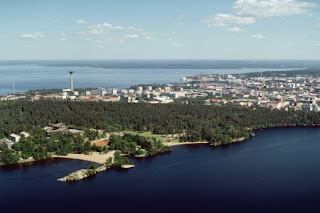 Currently in the city of Tampere visiting with my friend's parents. My friend also bought me a ticket to the Sauna open air metal concert (yes folks, I traded Kylie in Melbourne for heavy metal in Finland).

Tampere is a beautiful city to the north of Helsinki, about 1 hour and 40 minutes by train.

Before we left for Tampere, we made a stop at the Hakaneimi markets in Helsinki to buy some fish to bring to my friend's parents. A bit of music trivia...the Hakaneimi metro station was made famous in a videoclip by the Bonfunk MCs (for the song Freestyler in the 90s). Here is a still from the clip. You can see the orange door of the station: 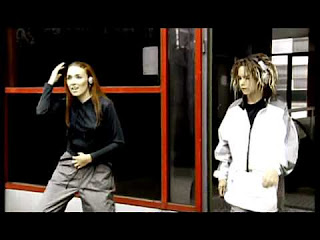 This is what the Hakaneimi markets look like above ground: 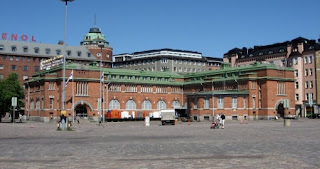 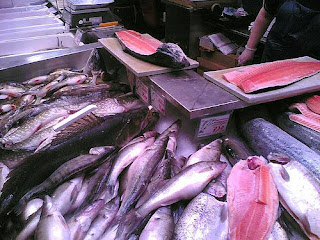 I bought a whitefish and an arctic charr. When we arrived at Tampere, my friend's dad popped both of the fish into his hot smoker. Twenty minutes later, we were tucking into a amazing fish dinner overlooking one of the big lakes that borders the city.
Posted by Adaptive Radiation at 1:43 AM

OMG Halloween, Saxxon and Accept are playing that festival. It'll be hilarious! Make sure you wear your mullet wig.

The only thing I keep thinking about is missing the Kylie concert. Nathan had even bought the tickets ;-(

Will be going on the final night and seeing Judas Priest (whoever the hell that is).

You will be pleased to know that the singer in Judas Priest is actually openly gay, one of the few out n' proud heavy metal superstars!