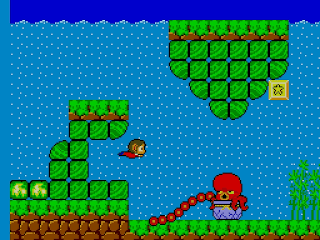 Ever get the sense that you're in a real-life video game sometimes? It happened to me yesterday.

My mission was to get from South Yarra back to my apartment (I may or may not have bought yet another painting).

The first 'level' I had to successfully negotiate was to walk from the gallery to the South Yarra train station. I had to battle strong winds and pedestrians, then fumble through my wallet for my met ticket in order to get past the stupid barrier at the station entrance.

After completing the first stage, I then had to survive the train trip itself. Here, I first had to dodge an old indian woman who tried to use my painting to steady herself as she was making her way through the carriage. I then had to get out of my seat to prevent the three snotty little toddlers who sat opposite me from putting their grimy little toddler fingers on my painting. Whilst standing, I had to watch out for the man with the extra wide pram (yes, the painting IS worth more than both your pram - and probably your kids too), the two teenagers and their bikes, and the woman who launched herself into the carriage at the last minute by prising open the door when the tram was moving. I survived all those obstacles.

The journey from the train station to the apartment was a breeze by comparison. More wind (including unpredictable cross winds over Collins Street), construction work, and the elevator (the painting suffered a slight knock but nothing too serious), and then inside the apartment where the treasure was carefully freed from the bubble wrap with my magical sword (i.e. a steak knife).

Mission complete.
Posted by Adaptive Radiation at 9:57 AM

The painting must be quite a size!

It was 128 x 75 cm. I've carried things that were a lot more cumbersome on PT, from wooden sculptures to a giant grass tree. The joys of not having a car...

a) Man, I was obssessed with Alex Kidd when I was a youngster.