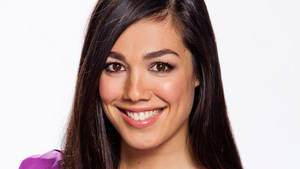 One of the things about living in a big city is that you occasionally see celebrities wandering about town. For the most part, the ones I have spotted have mostly been D-listers (former game show hosts, reality tv contestants). That was until yesterday when I nearly ran into an actor going into a yum cha restaurant. I tried to be discrete and refrained from gawping. Nathan was behind me talking to our friend, Pales, who is a big Winners and Losers fan. They were too engrossed in their conversation and didn't realise what had just happened.

Me: Did you see who we just walked past?
Pales: Who?
Me: The pretty girl from Winners and Losers.
Nathan: Really?
Pales: No way, I have my phone. Let's go. I want to take a picture.
Me: No...we are not going to stalk her now. Do you know how hard it is to get a table here?

Posted by Adaptive Radiation at 7:14 AM

I volunteer at a very well known Sydney hospital where patients regularly include celebrities almost as a matter of routine.

My role includes escorting patients to their rooms and the hospital's policy requires me not to acknowledge that I am aware of a patient's identity.

This makes for some silly situations were I have to ask extremely famous people their name when everyone around knows full well who they are.

Then there are the situations were other patients ask me 'who was that person you just escorted' or 'that patient looks familiar but I can't remember their name, can you tell me'. These questions get the standard response; 'Sorry, I can't discuss other patients'.

You are always very professional Victor.

I have been on tv myself – twice. The first time, a stranger actually stopped me on the train the day after and struck up a conversation. I felt very uncomfortable. I think it is better to be anonymous. I never understand people who jump up and down when they see a camera wanting to be on television.