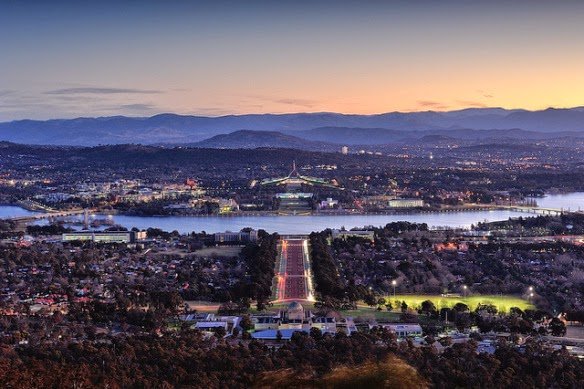 Readers of the blog will know I grew up in Canberra and still have a soft spot for the city.

I read in the Fairfax newspapers this morning that The New York Times had published a  travel piece on the Canberra. It's nice to see a positive travel story about Canberra – or that an American newspaper would even think of writing an article about the city. Indeed, if you're American, chances are that you've never even heard of Canberra.

When I was living in the US, the conversation with people tended to go something like this:

Hopefully it will make people more aware of the city (in a good way).
Posted by Adaptive Radiation at 9:06 PM

I'm American and we went to Canberra!

I love it there.

But yeah...before I knew much about Australia, I did think Sydney was the capital.