I had the day off yesterday so Nathan and I decided to go on a road trip.

We headed to the delightful township of Kyneton for lunch. We went to a fancy restaurant called Annie Smithers Bistrot, which I had discovered on the internet (I have no idea what a 'bistrot' is but I assume it's the same as a bistro but more fancy sounding). 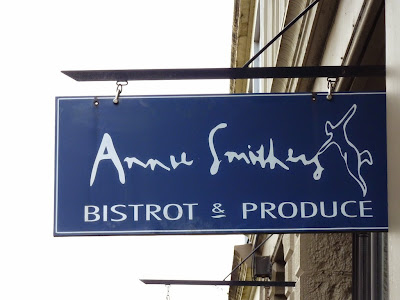 The food was amazing. I particularly liked my confit duck leg, which was cooked to perfection. 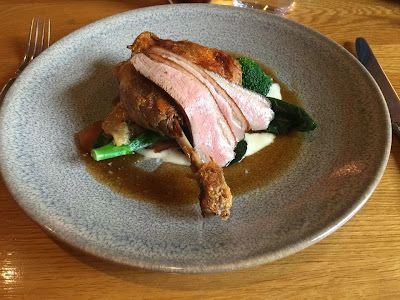 Nathan enjoyed his over-the-top-decadent chocolate dessert. He ate everything except the flowers. 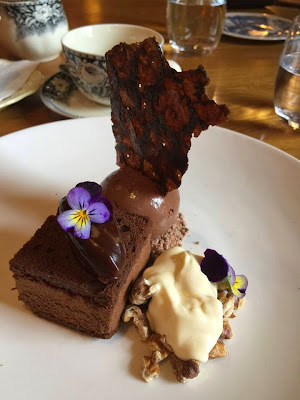 After lunch, we went to The Stockroom, which was a short walk away from the restaurant. It was recommended to us by the waitress and it was indeed an excellent recommendation (she must durect every gay customer there). The shop was filled with all kinds of cool stuff, from clothes to vintage toy planes. 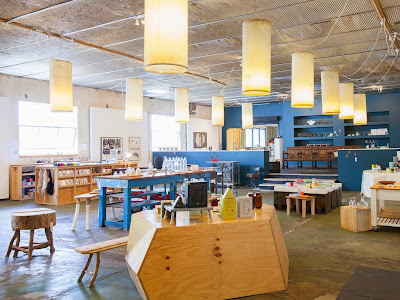 There was an art exhibition on in one of their side rooms by Melbourne-based artist Nicholas Ives. I particularly liked this little canvas, which reminded me of a Dr Suess landscape. Sadly, it was already sold. 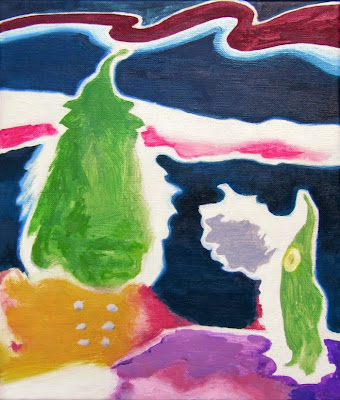 Nathan ended up buying a vintage camera, which I think he broke before even paying for it (based on the sound it made when he was trying to help the sales attendant wrap it up).

By mid afternoon, we decided we'd had enough of Kyneton and drove to Daylesford for a wander around. Since it was Daylesford, it was inevitable that we'd end up going to the Mill's Market, which can best be described as a giant trash and treasure shop. It is probably more trash than treasure but I did see a few thinks I liked (nothing that I absolutely had to buy and couldn't live without though). 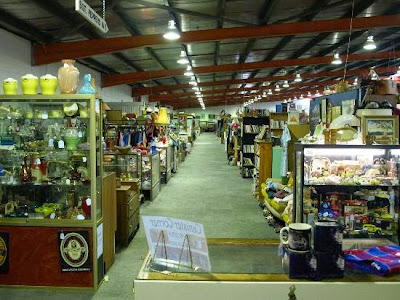 Our road trip then took us to Ballarat – and dinner at the Craig's Royal Hotel. The hotel is so named because royalty had once stayed there (otherwise, I guess it would have just been called Craig's Hotel, which doesn't quite have the same ring to it).

Still full from the Kyneton lunch, we settled for a more modest two course dinner and decided to skip dessert so we can get back to Melbourne at a reasonable enough time not to piss off the dog (who was left at home on her own for the day).

Posted by Adaptive Radiation at 9:05 AM

Indeed it was. Nathan has a sweet tooth. I opted for a cheese plate.

As a passionate person for public transport, you couldn't have done that by walking to So Cross Station. What a great day out. Somewhere I have an etching of Craig's Hotel. It was not so royal in the 1980s.

You're right Andrew. I concede it's nice to have a car for these sorts of things.