My very short visit to the UK

I am currently waiting at Heathrow near the end of a 48 hour trip to the UK for a meeting. It was quite a rushed trip but I managed to enjoy myself nonetheless.

I arrived in the early evening on Tuesday local time and caught the very efficient Heathrow Express train to Paddington Station (and yes, I even managed to see Paddington bear at the Station). 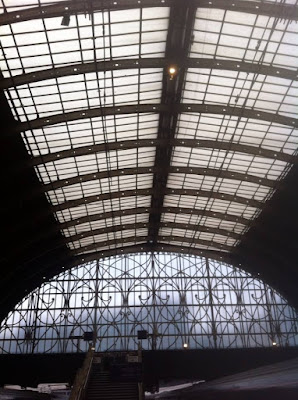 I had booked into the Hilton hotel in Paddington which was much closer to the Station than I had expected (it was pretty much at the end of the train platforms).

After checking into my room and changing into my pjs, I was deliberating whether or not I should go back down into the hotel restaurant for dinner. It was already 11pm back in Helsinki (where I had come from), and I wasn't exactly hungry. Still, after checking out the menu online, I gave into temptation. This is what I had for starters (scallops)... 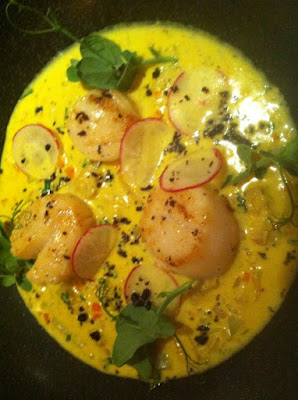 The next morning, I checked out after breakfast and headed back into the train station to catch my train out to Exeter.

Exeter is a lovely city (from what I saw of it anyway). I headed straight from the station to the University for the meeting. It was a nice campus (very green). 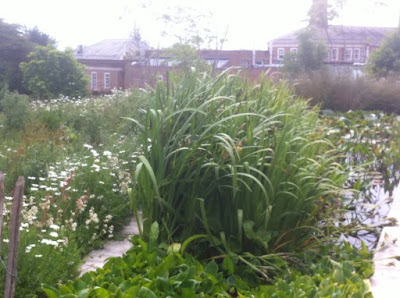 I was the first one to get to the meeting room and noticed that the organiser had ordered food for us, including some local delicacies (unfortunately, there was no Devonshire tea – even though we were in Devonshire). 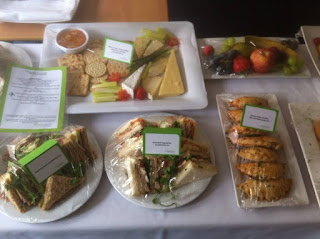 Eventually, the others arrived and we ended up having a 5 hour meeting, which was then followed by a visit to the local pub, and then off to a fancy restaurant for dinner.

I headed back to my hotel in the evening. It was one of those old quaint little hotels that would be a fire trap if ever there was a fire (I was on the top floor in a room with a weirdly angled roof that made it difficult to stand anywhere other than around my bed. Still, I thought it was really neat.

This morning, after breakfast (the British do like their sausages), I made my way to the train station to catch the train back into London and then here to Heathrow.

Clearing security at terminal three, I must say, is an intimate experience. I set off the alarm so had to be patted down. Wow. It was like a full body massage with (almost) happy ending.

Feeling decidedly more relaxed after my massage pat down, I decided it was time to grab a bite so off to a french restaurant for duck, followed by a wander around the fancy shops. 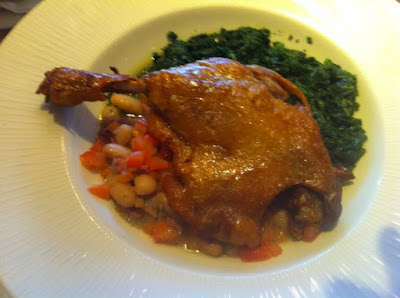 Posted by Adaptive Radiation at 2:06 AM

I repeatedly am called aside for the bomb residue test. It annoys me but I understand that safety comes ahead of my irritation.

By the way did you eat the Hilton meal in the dining room wearing your pjs?

No, I actually got changed and went and sat in the restaurant.