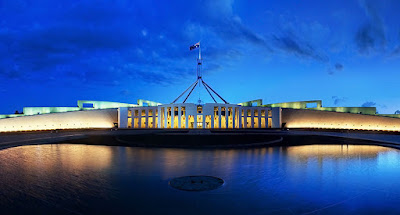 I'm back in Canberra this weekend to visit family.

Melbourne airport was crazy busy yesterday when I left. I guess a lot of people go away for the weekends on a Friday (duh). So...armed with my club membership card, I headed straight up to the Qantas Club after clearing security to try to escape the crowds – only to find the area completely awash with people (and kids).

I joined the Qantas Club last year in desperation when Nathan and I had a 7 hour lay over in LAX (and the complimentary lounge access cards my sister gave me were no longer being accepted). I'm not sure if the club membership is really good value for money for me, especially as I'm a non drinker (everyone else in the lounge seem to be making the most out of the free booze).

The flight was quick. I was transfixed on an episode of River Cottage Australia. The show makes me want to give up academia and move to the country to grow vegetables and raise chickens and own a jersey cow called Besse. Plus, the host of the show is very handsome (there is something alluring about a guy who can wrestle pigs, go hunt for venison and make rhubarb jam drops...all in one episode). 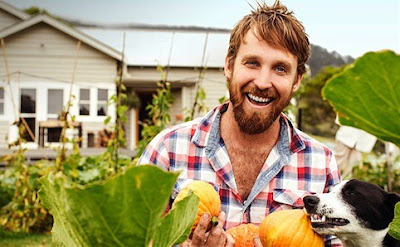 I was impressed by the food offering on the plane. The impossibly young (I estimate he was probably between 12 and 14 years of age) flight attendant was giving out pork belly buns. Unfortunately I had gorged on ham and cheese toasties and beetroot dip at the Qantas Club (to compensate for my lack of drinking) so was too full to try the buns.

Canberra airport is looking quite spiffy. They are even building a swanky hotel. I have to admit, I have a soft spot for the airport, especially knowing that the owners are huge advocates for marriage equality.

Mum picked me up and we headed home. Dad was making dumpling. Hmmm...so even though I was still feeling kind of full from the toasties and the dip, I managed to gobble up quite a few dumplings for dinner.


Posted by Adaptive Radiation at 7:30 AM

A hairy bearded hipster in the bush, nice. A friend is a Qantas Club member and he has similar complaints about crowding in the lounge at Melbourne Airport.

I can always find room for dumplings but often regret it later if I do.

Exactly...a hipster farmer with a good chest of hair!

I was still feeling pretty full this morning Victor.