There is a Frida Kahlo exhibition on at the Art Gallery of New South Wales at the moment.

Kahlo is most well known for her confronting self portraits but I think one of her most striking works is this one titled The Suicide of Dorothy Hale. 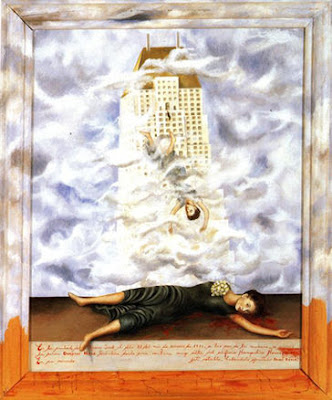 The picture was a commissioned by Clare Luce to commemorate the death of her friend, Hale, who jumped to her death from an apartment building in New York.

I don't know what Luce was thinking when she commissioned Kahlo to paint her friend's remembrance portrait but the finished product was most certainly not what Luce had expected.


Posted by Adaptive Radiation at 5:42 PM