Why you shouldn't lie to your mum 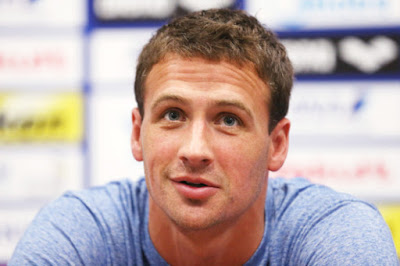 Ryan Lochte, the US Olympic medalist, has managed to piss off a lot of people this week (including the entire population of Brazil) with his false claims of being held up and robbed at gun point.

An article in The Washington Post was particularly stinging, referring to Lochte as a swimmer "lost in the riptide of self-absorption" and the "dumbest bell that ever rang."  Another article in the New York Post described Lochte as "everything the world hates about American".

And all of this seems to have come about because he lied to his mum. Now, there's a lesson for us all...don't lie to your parents!
Posted by Adaptive Radiation at 8:12 AM

I hadn't read the latest on him. So that is how it all started.

Yep, he has now apologised but I think the damage is done to his brand.

Are you in Sydney?
I thought I saw you today in Darling Harbour.
I'm not a stalker lol
:)

Anon: Wasn't me. Haven't been to Sydney in ages (but long overdue for a visit).

Glad I didn't go up and say hi then! I was almost going to! How embarrassing if I did :)
Rob in Sydney

We had a swimmer (I think, he was) who also asserts he was robbed in Rio. I saw him interviewed and was somewhat dismayed by an apparent arrogant attitude. I hope he wasn't fibbing too.

Maybe it's caused by rapid success and a general lack of life experience, Victor? Hopefully they'll grow out of it...but maybe not.

I really try to instil the importance of humility among my own grad students. They recently went to a conference and were appalled by the arrogance of some of the scientists, even the more junior ones that have tasted some success. The word my students used was 'douchy'.