I  must admit I was initially sceptical of the format but I'm very much a Gogglebox fan. The Aussie version is so much better than the British (snore) version.

There are some new people this season. They are Lebanese Aussies. All three are very attractive. Nathan noted that the guy on the left is always 'man spreading'. I'm not sure if it was complaint. 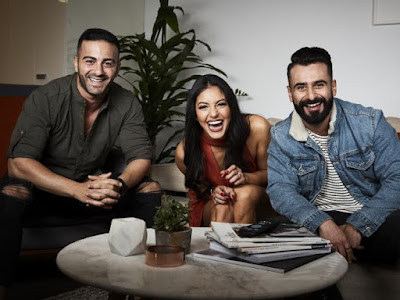 He also seems to have shaved his legs. Maybe he cycles?

I didn't observe him that closely but clearly you did!