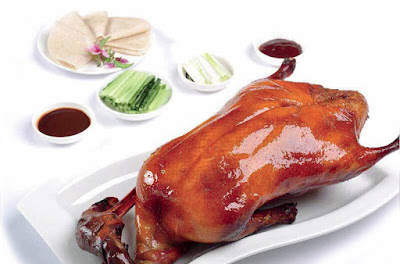 It's the season of work Christmas parties and I attended three this year.

The first was a day time event that took place at the zoo. I was super excited  about going to see the animals but it turned out to be a sweltering day and I decided best to stay indoors at the function venue where there was good air-conditioning. The few colleagues who braved it outside to wander around the zoo saw basically nothing. Even the animals had more sense than to venture out into the heat.

That same evening, Nathan had his Christmas part. I swear that Nathan only works so he can go to Christmas parties. He was so excited and ended up buying a new shirt (covered in tiny pink flamingoes) and a bow tie (in pink!) specially for the occasion. I was very surprised. First, Nathan doesn't normally do microprint. Second, he hates pink. I think he is going through a midlife crisis.

Unlike my day time party, Nathan's event was super fancy. It was held in the Palladium at Crown, and his company always invites a headline act to perform. This year it was Peking Duk. For those of us who aren't on top of our electronic dance music, Peking Duk is an Australian, Aria-award winning electronic dance duo – not to be confused with the decadent Peking duck served at fancy Chinese banquets. Both are amazing.

My third (and thankfully final) Christmas party this year took pace last Friday. It was at a lawn bowls venue out in the 'burbs. This was probably the least extravagant of the three parties but was just as enjoyable. The food was rather mediocre though. The roasted 'meats' were covered in a thick layer of fat and had been cooked for so long that it was hard to tell whether we were eating animal or cardboard. I would have preferred Peking duck.
Posted by Adaptive Radiation at 6:30 AM

Note to self: Investigate Peking Duk.

If I had to choose, I'd definitely go the duck over the duk. But my priorities usually revolve around food.