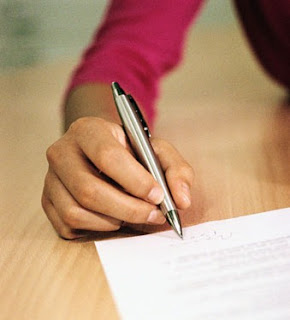 Earlier in the week, I sat in on a committee to discuss the fate of students who had performed badly in the last academic year.

The process on the whole was quite supportive. It's nice to know that a lot of effort is made to get to the root cause of poor academic performance and to help students wherever possible.

Still...it was pretty obvious that some students simply just aren't cut out for university studies. These are the serial offenders, the ones who are given chance after chance but still perform badly. The excuses can be quite interesting too! One kid admitted acting out because his/her parents forced them into the course. Another was grieving over the loss of a family pet. The reasons for failing were quite an eye opener for me. I guess I was one of those nerdy, over-achieving types and the idea of failing even a single subject (let alone receiving straight fails) would have been absolutely mortifying.
Posted by Adaptive Radiation at 8:35 AM

Speaking with my Uncle at Christmas time he echoed your sentiments. He completed his Masters of the arts in Music, and he is now teaching at University.
When I went to University there were those who got into a course but were completely not interested in learning...and interrupted the class all the time, and those of us who were very studious and cross at those arrogant people. It has got to be extra difficult for the lecturer. All that time preparing for the class and then being interrupted all the time.
I guess they were not cut out to study.