My wedding and other secrets 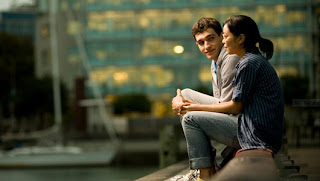 I saw three movies on the plane back from Finland. The only one of note is a film from New Zealand called 'My wedding and other secrets'. It's a story about a chinese kiwi girl who falls in love with a white kiwi guy. I very rarely cry during movies but I did watching this one....the cross cultural references really struck a chord, and I think the movie captured superbly what it's like to be chinese growing up in western society. The guy who plays the boyfriend is also very cute.
Posted by Adaptive Radiation at 5:43 PM