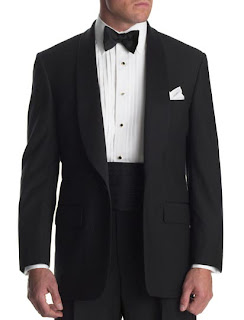 Went to a fancy black tie fund-raiser last night. It is not the kind of thing I do often and it feels surreal to be in a room with corporate and political types (including an ex-prime minster, current and past Victorian premiers, and the opposition leader) and to be part of a crowd being serenaded by Kate Cebrano (who was a highlight by the way).

The dinner honoured two amazing Australians and their journeys to success were inspiring, especially in light of their humble beginnings. One, a high school drop out, ended up heading Australia’s largest trucking company. The other, the son of migrants, became CEO of a major car company and is now head of one of Australia’s most iconic mining companies. Both appear to be extremely decent and down to earth people. Yes, it was surreal but it was also a very special night.
Posted by Adaptive Radiation at 9:01 AM

No matter how many millions they're worth, they usually wake up with the same sort of morning glory as everybody else.