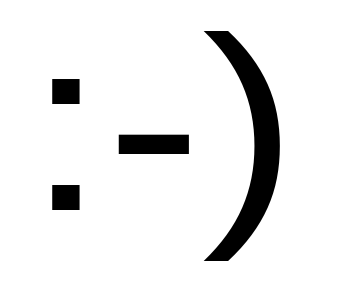 My boss is not good with emails. There is often a mismatch between what he intends to say and how it is perceived by the recipient. His emails are often terse, negative and cold (even if he intended the words to be positive). He is so much better face to face.

I had a meeting with him last week and brought up the issue about the tone of his emails. He reckons it might be cultural as several senior colleagues have already been on his back about his email manner. I suggested he uses emoticons to make his intent clearer.

Posted by Adaptive Radiation at 8:44 AM

Good luck with that, some recipients find emoticons to be wildly inappropriate to the message to which they are attached!

I was being half facetious when I told him but he really will need to work on his email tone as almost every colleague has had at least one bad email experience.

Emails and texts
The way for many a falling out