I spent the weekend in Woods Hole, which is located on Cape Cod in Massachusetts. Woods Hole is a significant place for me. I spent a year living and working there in 2004 and I went back to spend some time with my former landlady, Ginny, who celebrated her 81st birthday today. 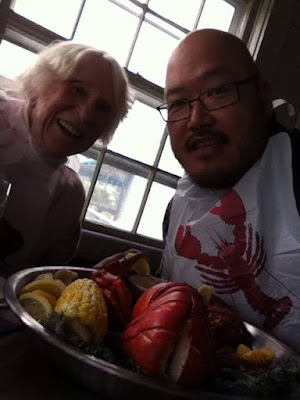 Ginny is fabulous. She was the first woman to graduate with a degree in physics from the University of Massachusetts Amherst. During her career, she has worked as an engineer, a teacher at Harvard and, prior to retiring, as the principal of a school for troubled teenage boys on an island off the Cape. She has travelled widely, is highly progressive in her views, and was also one of the very first people I came out to. Indeed, her response and support when I came out paved the way for me for initiating many similar conversations with family and friends back in Australia. She is very special to me.

We celebrate her birthday with a couple of very nice meals in nearby restaurants. This is the three pound lobster I polished off on Saturday. 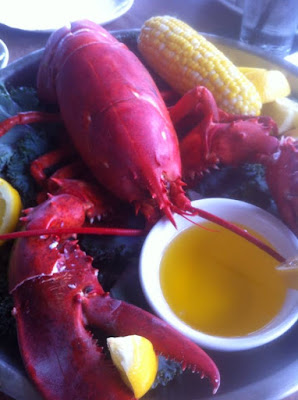 Posted by Adaptive Radiation at 8:54 AM